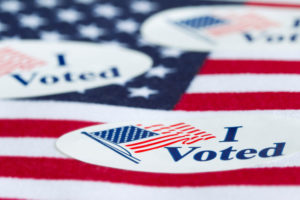 Despite making up almost a quarter of the US adult population, people with no religion (the “nones”) are underrepresented in politics. According to the Pew Research Center’s “Faith on the Hill” report, few members of Congress are openly nonreligious, and, as highlighted by the Center for Freethought Equality, the numbers are also not particularly high at the state and local levels. (Thanks to CFE’s work, the situation is starting to change.)

The underrepresentation of the nones is not just limited to elected office. Analyses of the relative size of religious groups in the electorate and the general population using exit poll results suggest that the nones are also underrepresented among voters. In 2016, they accounted for 23 percent of the adult population but just 15 percent of voters. All these factors combine to limit the political power of the nones. A recent study suggests that secular organizations can help close the political power gap.

In July, my organization, Socioanalítica Research, conducted the Secular Voices Survey, which asked a nationally representative sample of nonreligious Americans about their affiliation with an organized secular group. The listed groups included longstanding organizations such as American Atheists, the American Humanist Association, Center for Inquiry, Freedom from Religion Foundation, and the Secular Coalition for America. Other categories included membership in an online group (such as an atheist-only Facebook group), or meeting fellow nonreligious people in local groups. In the aggregate, over one-quarter (26 percent) of nones have belonged at some point to a group, whether a national organization, a local group, or an online community, and 17 percent say they currently belong to at least one of those. However, the vast majority of nones (74 percent) have never been part of the organized nontheistic or secular movement.

We also asked about engagement in ten separate political activities in the last twelve months, more than twelve months ago, or never. The activities we asked about were: talking to family or friends about politics, signing a petition in support of something or against something, attending a protest meeting or demonstration, contacting an elected official, giving people a ride to the polls on Election Day, taking part in a neighborhood march, giving money to a political organization, volunteering for a voter registration drive, volunteering for a candidate’s campaign, and giving money to a political candidate.

What we found is that the differences in political engagement across these activities between members of secular organizations and nonmembers are drastic. For the purpose of this analysis, we compared people who say they have done an activity at some point in their lives to people who report never having done an activity. People who report ever having been part of a secular organization are more likely to report engaging in all of the political activities than people who have never been part of a secular organization. In a few instances, the differences are not substantial. For example, the most commonly reported activities are talking to family and friends about politics or signing a petition. Majorities of both secular members and nonmembers report having done these activities at some point in their lives. Still, secular members are more likely to say they’ve talked to family and friends (75 percent vs. 72 percent) and that they have signed a petition (66 percent vs. 59 percent). These are the only activities where the two groups approached parity.

These differences in behavior between members of secular or nontheistic organizations and nonmembers suggest that participation in such organizations can have an impact on the political life of members. Though we do not yet know if these activities are done within the context of the secular movement, these results paint a more positive view of nonreligious Americans; they are not a passive and content group, but rather an active and passionate one. This cohort has a lot of energy and, when harnessed, secular Americans will become a force to be reckoned with in American politics.